The Two Man Gentlemen Band - Off The Market 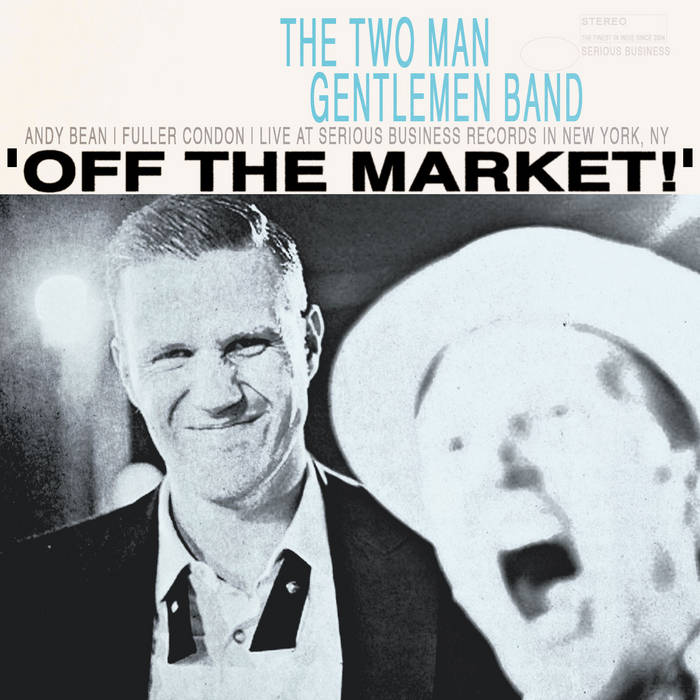 That The Two Man Gentlemen Band is amongst the nation's most learned, sophisticated, and musically able two-man bands is commonly understood. That they throw one heck of a party has been a rather well-kept secret until now!

The Two Man Gentlemen Band: Live in New York! is an unparalleled achievement. Using only four hands, two mouths, a bit of erudition, and a strong helping of the drink, the gents whip themselves and their New York City audience into an unmitigated frenzy of joy. Listeners to this recording will likely find themselves in a similarly frenzied, sweat-riddled state.

Surely, two-man music enthusiasts, aspiring two-man bands, and lovers of all entertainment will study The Two Man Gentlemen Band: Live in New York for years to come. Is it possible, they will ask, for a humble two-man band to put on a perfectly riotous musical party? The answer, this recording shows us, is most assuredly...YES!

Recorded by Richard Morris and Travis Harrison at Serious Business Music on June 18, 2009