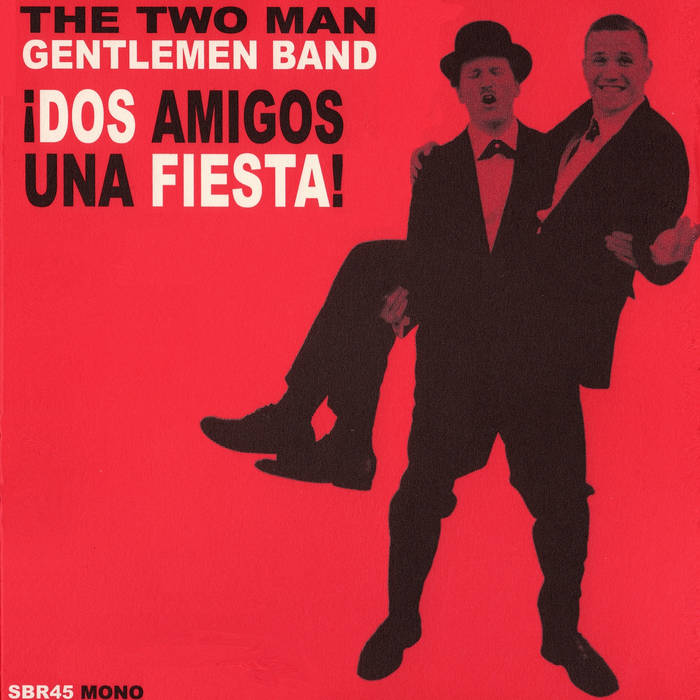 From The Toke Of The Town:

The Two Man Gentleman Band, "the nation's finest and rowdiest vaudevillian-swing duo," has released "Me, I Get High On Reefer," an instant cannabis classic.

"We sing some drinking songs, and get a lot of free drinks as a result," The Gents told Toke of the Town. "So, we thought we'd apply the same logic to a reefer tune. And it worked!"

Just a few years ago, The Gentlemen were busking in New York City's parks and subways. These days, they travel the country playing hundreds of shows per year for growing crowds of fans.

The Gents "prove that making old-fashioned music needn't be polite or predictable," according to Time Out New York, deftly balancing lighthearted romps about reefer, wine, boy/girl parties, and chocolate milk with tender ballads of loneliness and fidelity.

The songwriting is superb. With their cautionary, gospel-tinged stomp about the forgotten, alcoholic president Franklin Pierce, they "take smart songwriting to a whole new level," according to Mental Floss.

The Gents are Andy Bean on tenor guitar and vocals and Fuller Condon on string bass and vocals. The buzz around their live show is that it is an absolute must-see, not only for their stunning instrumental prowess but also for the improvised banter, with each other and with the audience, that can be as entertaining as the music.

TMGB had a spectacular 2009, during which they made their national radio and television debut on The Bob & Tom Show and opened a handful of concerts for the Bob Dylan, Willie Nelson, and John Mellencamp summer Tour.

The Two Man Gentleman Band is at it again this year with two full-length releases and a perpetually busy festival and club schedule.

For more on The Two Man Gentleman Band, including info on their upcoming 35-city album release tour, visit www.thetwogentlemen.com.